Every Strike, Every Time, We’ll be on the Picket Line! 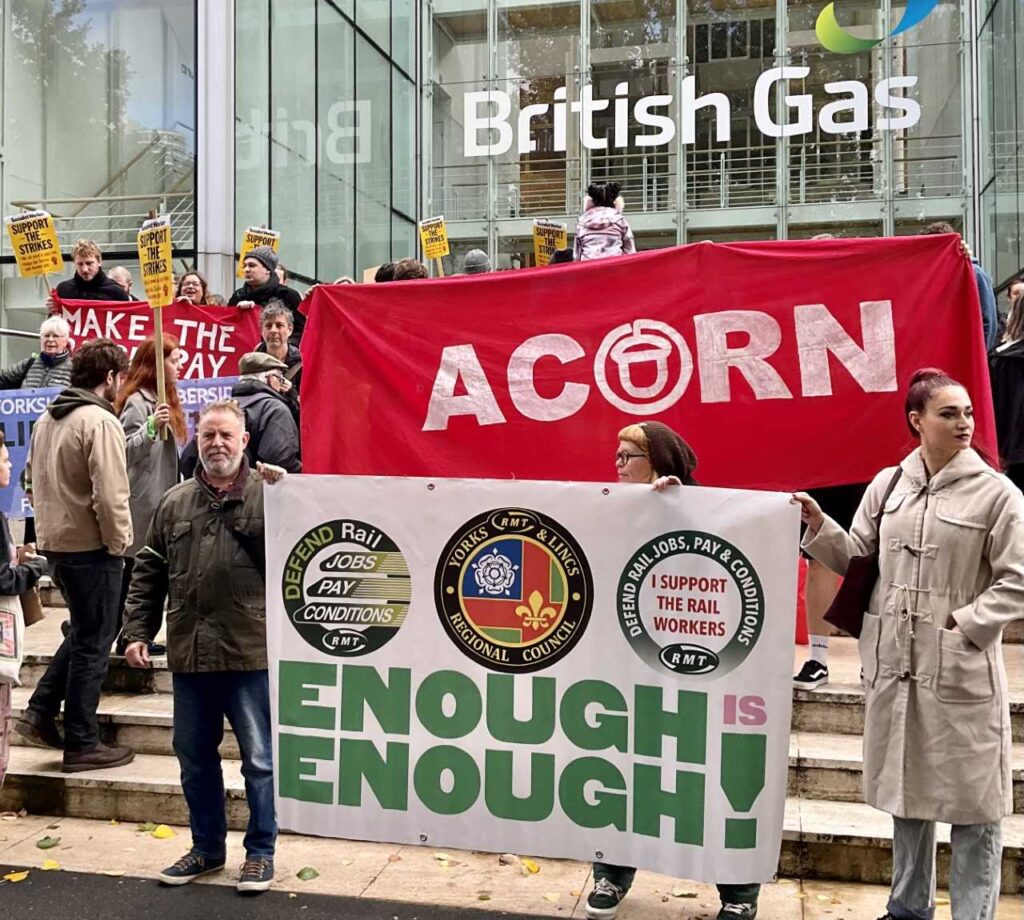 Leeds rallies in support of Rail and Postal strikers

Over 500 people joined the Solidarity outside Leeds Railway station in support of the RMT strike action today. Speakers explained the impact of drastic cuts on the rails service. The protest called by Enough is Enough then marched through Leeds to the British Gas offices. Protesters chanted “We’ve had enough British Gas – Give us back our bloody cash!” as bills were burned in front of the office in protest at the rise in fuel prices. British Gas profits had risen £1.6 billion in the first six months of 2022. 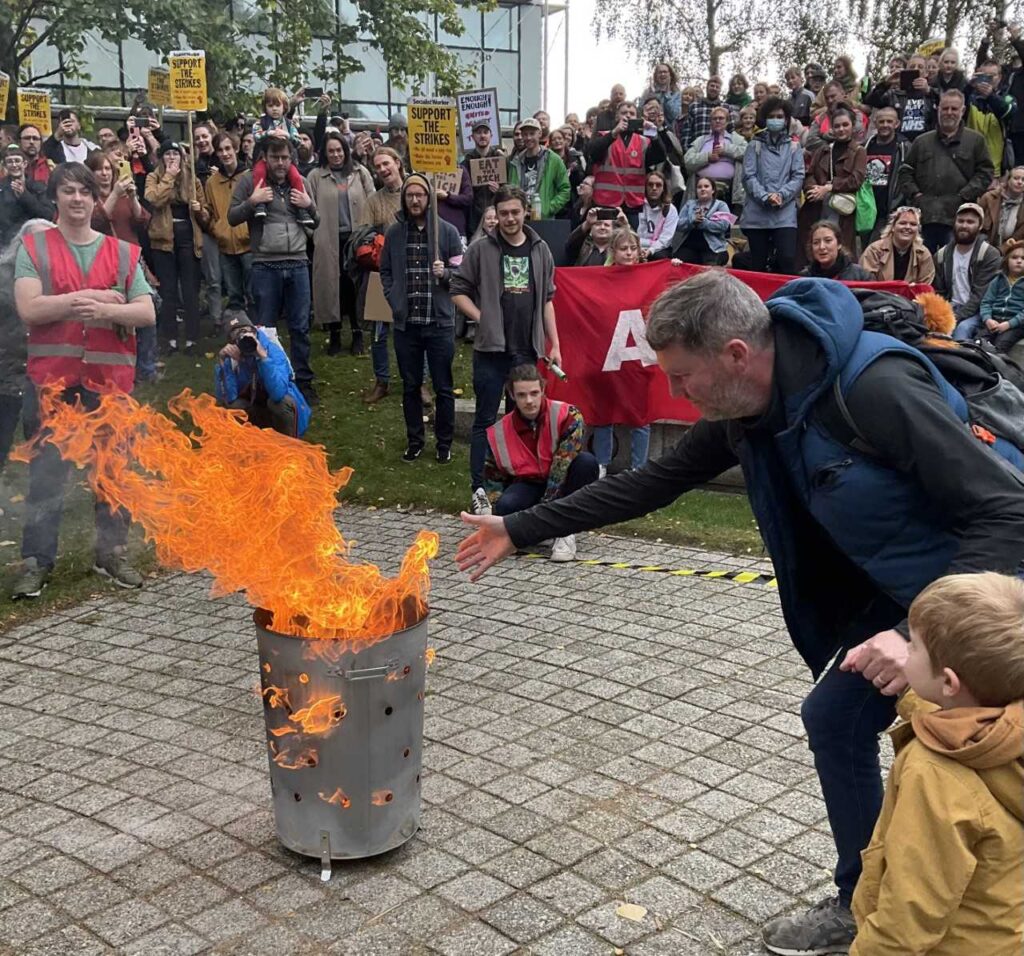 Then we marched to the Leeds Holbeck Postal Sorting office to support the picket line. The Post Union CWU representative told the crowd that the office was 100% unionised. “We don’t take crap off managers – the office is nicknamed ‘Hellback’ by bosses.” The strike was solid with 80% of the postal workers joining the picket line. One person broke the strike, managers were offered bonuses and time off in lieu. The CWU workers are determined to defend jobs and conditions that ensures the postal service we all need. The solidarity action was well received by the RMT and CWU pickets and left protesters keen to do more. Well done to the organisers for their hard work.