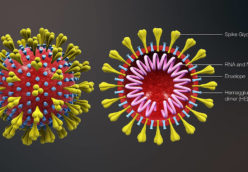 David Landau writes: Alarm bells started ringing as the Government and Labour Party opposition talked about ‘securing our borders’. This is a phrase used by those who call for ever more stringent immigration controls. This should have nothing to do with measures taken to stop the spread of COVID-19 and its variants.

At first glance it seems that the new measures are even-handed, putting restrictions on everybody entering Britain from Latin America, Portugal and South Africa. However a close look reveals a vital element of discrimination. Non-residents/citizens of the UK are simply not allowed entry whereas British (and Irish Citizens) will be required to be in quarantine for 14 days. People might think that 14 days quarantine is draconian but the racist, nationalist and discriminatory ban is much more serious and sets a dangerous precedent. If the science says that it is important to take quarantine measures then we must respect that. But whatever steps are taken should be the same for ALL, regardless of immigration status or nationality. The quarantine measures should not be organised and conducted by the Border Force. Keep immigration controls out of disease control.

This linking of disease and immigration has a long history. At the end of the 19th century and early 20th century there was a campaign against Jews spreading disease and that was an important element in the support for the Aliens Act in 1905. Since then this issue of disease has been raised with every new group of migrants – from the Commonwealth, asylum seekers and refugees, from Eastern Europe and so on. We must guard against a repeat of this now.

How would we control a pandemic in a world without borders? In such a world there would be far more co-operation on an internationalist global scale. Perhaps there would be quarantine measures on long-distance travel at every major transport hub, for example.

2 February 2021
To submit an article for the 'Discussion & Debate' section of our website please email it to info@leftunity.org