Bolivia: the European left celebrates the victory of MAS! 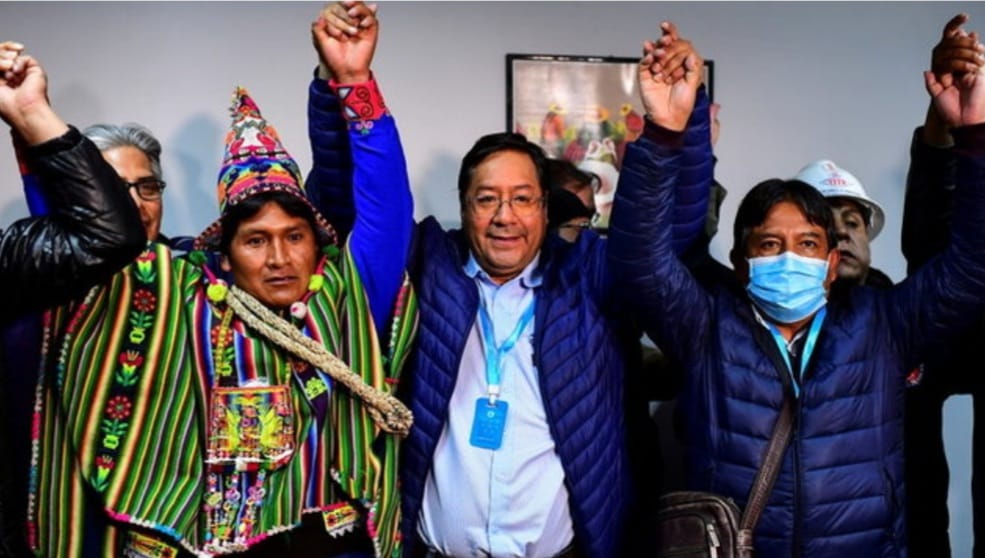 The Party of the European Left (EL) salutes the beautiful victory in the first round of Luis Arce and David Choquehuanca, candidates for President and Vice-President of Bolivia, fielded by MAS-IPSP (Movement towards Socialism).

The first results speak clearly. The MAS-IPSP ticket wins with 52.4% of the votes. Carlos Mesa, the main opponent, is far behind, reaching only 31.5%. The far-right Luis Fernando Camacho gets 14.1%.

The coup d’état of last October has not served to silence the will of the Bolivian people for change. Nor have the threats of the last days and hours been able to do it either. The Bolivian people have spoken loud and clear.

“We are very happy today with the news of the victory of Luis Arce and David Choquehuanca, candidates for President and Vice-President. This victory in a moment so critical for the country, it’s a victory of bottom-up democracy and of social justice, and we hope that this victory will make a difference not only for the future of Bolivia but also for Latin America and the Caribbean,” declared Heinz Bierbaum, President of the European Left.

“Despite several attempts to tighten the country’s atmosphere – starting with the fact that the elections had been postponed several times – the Bolivian people were able to choose the future democratically and we are proud to have watched over the elections with our delegation led by Maite Mola, First Vice-President of the EL” addedd Bierbaum.

In this moment, the EL calls on all political forces to accept the result of the ballot box.

Nothing can silence the democratic party that is taking place in the Bolivian streets.