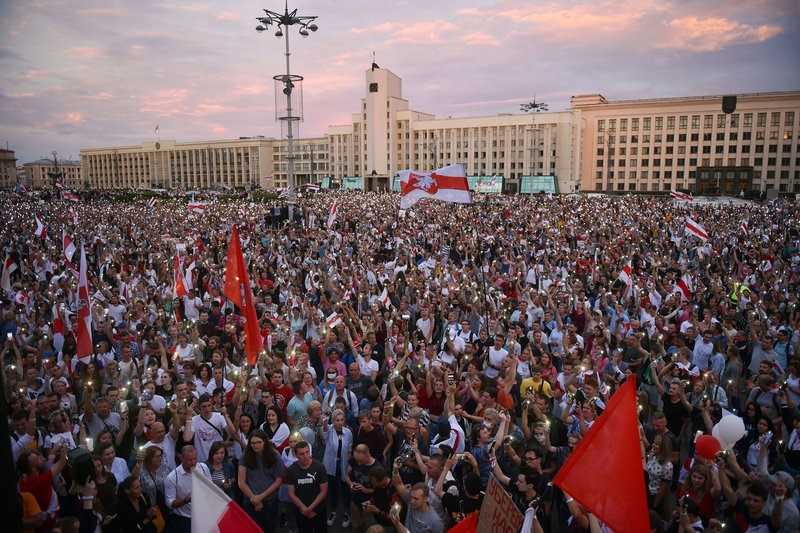 Oliver Charleston writes*: Since 1994, the post-Soviet state of Belarus has been under the iron thumb of President Alexander Grigorevich Lukashenko, who has systematically re-moulded the entirety of the political, judicial and economic life of that country under his very personalist dictatorship (Belarus is infamously known as ‘the Last Dictatorship in Europe’). Lukashenko has created an extensive security apparatus under the Belarusian KGB that regularly uses the most brutal violence, imprisonment and inhumane treatment of detainees. Some of his political opponents have even disappeared, never to be heard of again. (Belarus: The Last European Dictatorship by A. Wilson, Yale, 2021).

One of the parties that have suffered the repeated wrath of Lukashenko is the Belarusian Party of the Left “Just World” (hereon referred to as Belarusian Left Party). This party is the direct successor of the Soviet-era Communist Party of Belarus and was founded in December 1991. From 2009, it has been a member of the Party of the European Left.

The Lukashenko regime helped engineered a split in the party in 1996 and created a puppet party ‘Communist Party of Belarus’ which merely serves as a pliant prop to his autocratic regime.

Since then, our comrades in the Belarusian Left Party have reported severe police brutality. In 1997, police beat up a journalist from the party newspaper Tovarisch in the capital, Minsk. (Belarus – A denationalized Nation by D. Marples, Harwood 1999). More recently in the aftermath of the 2020 Presidential elections, one activist reported to Left Unity that he had been forced face down with hands tied and beaten in a prison courtyard. He was subsequently gaoled in over-crowded and unsanitary conditions. (https://leftunity.org/belarusian-left-speaks-out/) Another anonymous source, who is also a party activist, has reported that a comrade was sentenced to five years imprisonment in a maximum security prison for comments made over social media. The Government will punish even the most minor acts of dissent such as writing on walls with chalk!

The violence and repression against the Belarusian Left Party and political and civil opposition to President Lukashenko must end now and free and fair Presidential and Parliamentary elections must take place as soon as possible in Belarus.

We in Left Unity should do everything we can to support our persecuted sister party, the Belarusian Left Party, in Belarus and raise greater awareness in Britain, and beyond, of the Lukashenko dictatorship. At the European level, we welcome our Belarusian comrades’ continued participation in the Party of the European Left and support all efforts in aid of helping bring about the rule of law, respect for human rights and democracy to the long-suffering masses of Belarus.

* This article started as a motion to the recent Left Unity Conference but, in light of Russia’s invasion of the Ukraine, I thought it was important that neighbouring Belarus (whose leadership and political system is closely allied to Russia’s President Putin) and especially our persecuted comrades in that country were not forgotten.

27 March 2022
To submit an article for the 'Discussion & Debate' section of our website please email it to info@leftunity.org