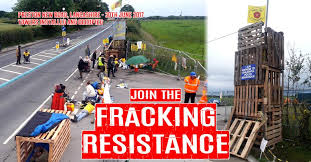 Pollution and man-made climate change threaten the very future of the human species, as made explicit in the Intergovernmental Panel on Climate Change Report in October 2018, writes Left Unity’s National Secretary, Felicity Dowling.

The Left, trade unions, and social organisations must respond. There is no help coming from Trump, Bolsonaro, the Right in Europe, or Theresa May, who show no effective response. Trump, in the face of California wild fires, flooding and other extreme weather, downplayed human involvement and recommended brushing up leaves. The rise of the extreme right is a further threat to the human ecosystem.

The fight is international, and needs international links. In Left Unity we are working on this through the European Left Party. We applaud the spirit of Extinction Rebellion, and their recent major protests. Such mobilisations are crucial. It is highly unlikely though that this government or any other committed to the rule of money and the rule of the 1% will take action to defend the climate. We particularly support the idea of local assemblies on the issue.

Left Unity salutes also the dogged work of anti-fracking protesters across the country and especially at Preston New Road, where I spoke on 29th October.

Working people, fighting for their futures, have the potential to build a better world. Climate change is a class issue. We need to link the fight against climate destruction, to the fight against Universal Credit, sanctions, homelessness, precarious working, violence against women, NHS cuts, illnesses linked to pollution and climate change.

“Thank you for the invitation to speak here at Preston New Road anti-fracking protest, at your regular Green Monday event. This site is known across the world. Your struggle has been long, arduous and difficult. You deserve praise for your tenacity and commitment.

We join you in rejecting fracking.

We who fight for a better world face major problems but we are not without hope.

We are told that the likelihood is of 4 degrees of warming unless there is fundamental change. The Intergovernmental Panel on Climate Change says it is working in a context of ‘strengthening global response to the threat of climate change, of sustainable development, and efforts to eradicate poverty’. Strengthening? Is this happening?

Do we see it from Theresa May, Donald Trump? Putin? Saudi Arabia and the oil states?

The far right in Europe?

Bolsonaro and his threats to the Amazon, a lung for the planet?

Climate change, climate damage, is more serious than we want to believe. It is truly hard to get our brains around it. ‘No-one’, we think, ‘could be that cruel’.

I live in the Ellesmere Port and Neston Constituency, another area where fracking has been planned. Fracking causes earthquakes as has just been confirmed today.  This is confirmed by scientific monitoring. In Ellesmere Port there are significant underground installations for the oil industry. There is a chemical industry, car making, salt and more. Safety is paramount in these industries, but how safe could they be around fracking?

The  water industry has expressed concern about fracking  polluting drinking water from methane  released by fracking polluting water in aquifers above the fracking site, concern about water used in fracking (remember in the summer when some areas were not allowed paddling pools, but the fracking industry could use as much as they wanted?).

Fracking causes earthquakes, 18 of them since this site began. Studies from the Netherlands describe damage to underground infrastructure, to foundations, to physical health, to mental well-being and mental health, from the kind of earthquakes we are seeing here. This has led to problems getting insurance, and to property values dropping.

These are serious risks, real hazards seen in the Netherlands, in Australia, in the US. There is a real threat to mental health from the stress of living around this stuff.

Even if fracking were safe, that carbon should stay in the ground.

We need to reduce fossil fuel use, not increase it.

Democracy in this area rejects fracking but the rule of money, of profit makes it happen.

Most people reject fracking when they think about it, it’s too dangerous, too polluting, too damaging to the air we breathe and to global warming but, many people push it to the back of their minds.

But there are many people who openly support you, but cannot join you physically because of work, or caring commitments, but support you they do.

We can stop fracking if fracking-supporting parties like the Conservatives are defeated and strong anti-fracking policies are won in Labour, and the Greens.

Power though rests with the richest 0.1% who own more than half the world’s wealth. Their share of wealth has increased from 42% to 50% since the financial crisis

Amongst these people, the most powerful, there is a disdain for democracy. Like climate change this is hard to believe, hard to hold in your mind.

Others struggles are also underway. The struggle for health, for the NHS which is being run down and privatised. We need people not just to know what’s happening but to decide to take action.

The NHS should be free at the point of need, paid for by taxation, providing a universal and comprehensive service. Now 70% of contacts go to the private sector. Now they are trying to outsource the staff. Wigan Hospital workers fought back and won. Labour councillors must step up and use their power to stop the STPs and Integrated care systems that are so damaging, which glibly implement dreadful cuts, rationing of care and privatisations.

In housing the situation is similar, the homeless sleeping on the street, Grenfell survivors still homeless.

All our struggles are linked.

The neo-liberals, the very rich, are robbing the commons, it’s another example of what economists call “primitive accumulation”. The very rich are taking what we hold as our own, as what we hold in common, our shared wealth and resources, the land and what lies beneath, and our public services.

Think of taking an older person to A and E in winter, does that feel like a service we have invested in for 70 years? It does not.

To get away with robbing the commons they have to pacify the population, make them afraid or hopeless or hating each other

Whether we are fighting Universal Credit, poverty and destitution, the impact of austerity on women, rampant child poverty, opposing the far right, fighting for migrants’ rights, fighting vicious cuts in services.

We have to say another world is possible

One that respects our environment, abolishes nuclear weapons, puts the best minds to deal with global warming.

27 November 2018
To submit an article for the 'Discussion & Debate' section of our website please email it to info@leftunity.org